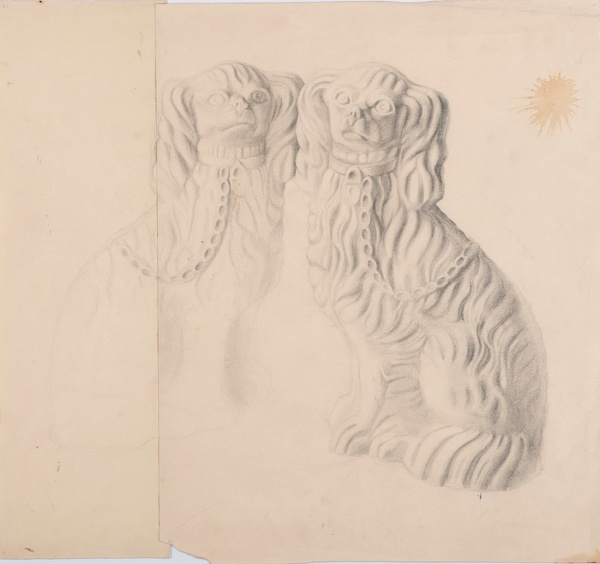 
Pencil across two sheets of paper


The Staffordshire Dogs featured in this pencil drawing were from Adnams own collection. 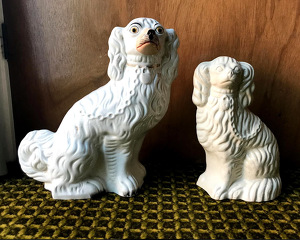