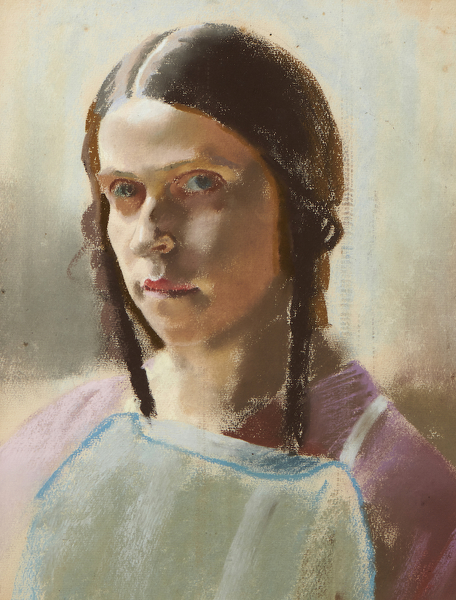 Dating to around 1907, this portrait is likely to have been undertaken before Granger-Taylor had begun her initial art training at The Royal Academy Schools. Her technical brilliance was to be refined by additional study at St. John’s Wood Art School (1914), and a term at the Slade School of Fine Art in 1919, under Henry Tonks.