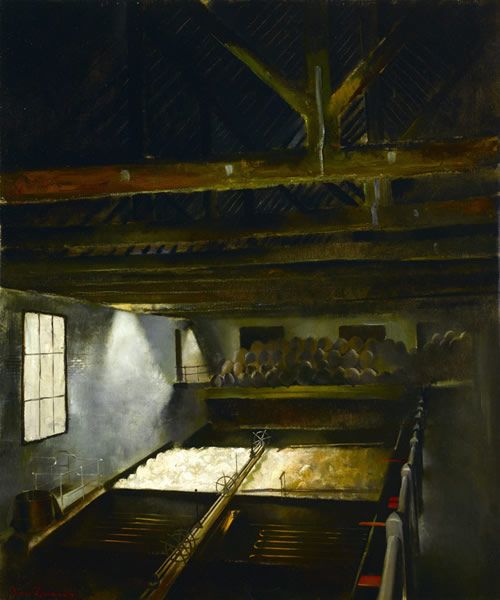 
Wool had many wartime uses,mainly for uniforms and especially the heavy winter greatcoat, but was also used in the packing around the cordite charges for the heavy 12-, 14- and 16-inch naval guns and large-calibre military guns. The fulling process involved boiling the wool,making it solid and compact.

During the SecondWorldWar , Zinkeisen was active as aVAD nurse, assisting wartime Blitz casualties at St Mary’s Hospital, Paddington. She was appointed War Artist for the NorthWest Europe Commission of the British Red Cross Society and was the first artist to enter Belsen Concentration Camp at the end of the war . Zinkeisen received a number of commissions to record achievements and developments in industry, such as those undertaken for ICI.