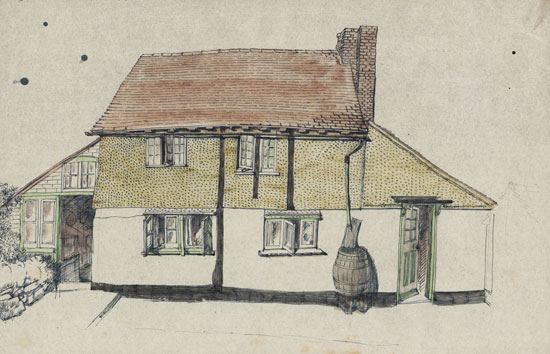 
Watercolour over pen and ink