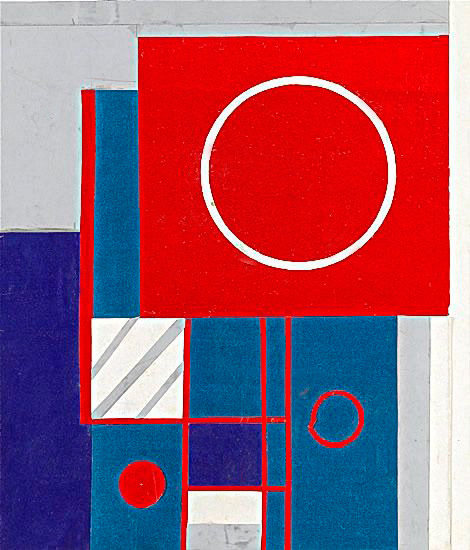 It is likely that this collage dates to the late 1930's when Kathleen Guthrie met Cecil Stephenson, (who she married in 1941).  The influence of the Circle group whose activities centered on the Mall Studio's, where Stephenson lived, were still potent.  Although, Ben Nicholson and Barbara Hepworth  moved to Cornwall in 1939 Henry Moore replaced them as Cecil and Kathleen's immediate neighbour, taking over the lease at no. 7 Malls Studios and Piet Mondrian became a regular visitor, living during most of the year in Parkhill Road.  Alexander Calder had also been a regular visitor to Cecil's studio for five months in 1938/9 and one of his mobiles, acquired by Cecil,  remained hanging in the studio.