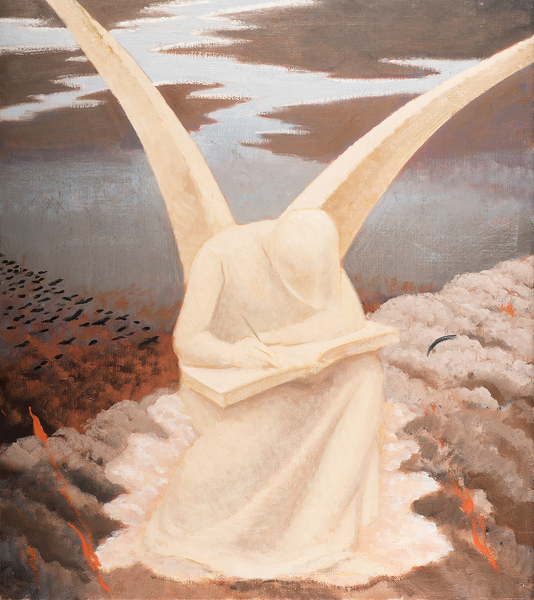 This striking image is likely to show the Archangel Gabriel -  known as the angel of revelation or announcement. He plays a significant role in Christianity, Islam, Judaism, and many other faiths, acting as a messenger for God. In the Bible, Gabriel can be found in the books of Luke and Daniel.

Trained at the Byam Shaw school MacClagan emerged from  a potent period in art school training - a similarly  strong vein of visionary imagery can be seen  in some of her husband's oeuvre, taught by Philphot.  The line between religion and myth was happily blurred by many artists of this period - as for instance in the Tate's wonderful Flight into Egypt by Philpot.