Liss Llewellyn Fine Art in association with Peyton Skipwith are delighted to present the collection of the late Alan M. Fortunoff (1933-2000), a retail visionary, who transformed the Fortunoff Department Store, and aided the appreciation of Modern British Art in Northern America.
In the year of Mr. Fortunoff’s death, Fortunoff Fine Jewelry and Silverware was ranked as one of the largest privately owned companies in the New York Metropolitan area, and is estimated to have achieved revenues of $455 million. Such wealth allowed him to invest in art for both private and commercial use, and during frequent visits to London for trade fairs, he set about building a collection of unique strength and character.
The pictures that Mr. Fortunoff assembled reveal the quality of his eye, as well as the judiciousness on his part to collect and deal in Modern British Art at a period when the market for American Realist Painting was proving increasingly immoderate. Many of these paintings have not been exhibited for several decades, including early works by figures such as Maxwell Armfield (1881-1972) and Christopher Nevinson (1889-1946) who would later rise to prominence in America. The collection thus provides a snapshot of the tastes and spirit of a business pioneer, whilst bearing a curious, transatlantic relevance.

About this subject
7 pictures

Ella Casella
A Renaissance Lady, circa 1890 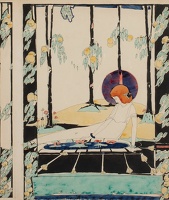 Annie French
The Offering to the Bride (or... 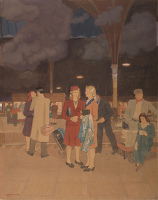 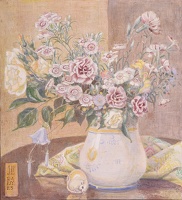 Jessie Bayes
The ivory mouse , circa 1942