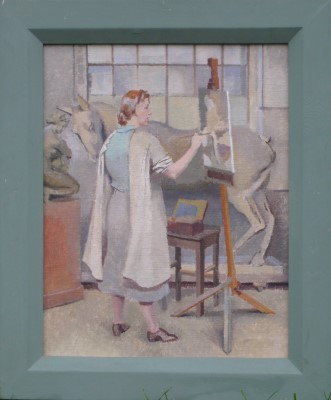 Phoebe Willetts-Dickinson studied at the Birmingham School of Art and the Royal Academy Schools between 1934 and 1940. She served in the land army during WWII and in 1942 married conscientious objector Alfred Willetts.

She was a lifelong campaigner for peace, social justice and the ordination of women – issues which influenced many of her paintings. After taking part in demonstrations to block the entrance to the Atomic Weapons Research Establishment at Foulness Island, she spent six months in prison for a nuclear disarmament protest in April 1960.

In 1966 she was ordained as a Deaconess in the Church of England, and as part of her campaign for the ordination of women priests she defied Church authority in 1978 to become the first female to concelebrate communion in an English parish church. Although she died just seven weeks later, her writing on women’s call to priesthood was published as a book, Sharing a Vision, in 1979. 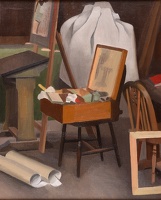 Phoebe Willetts-Dickinson
A Corner of the Artist's...

Phoebe Willetts-Dickinson
A Seated Model in the Studio 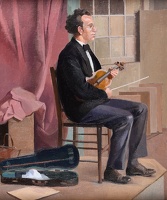