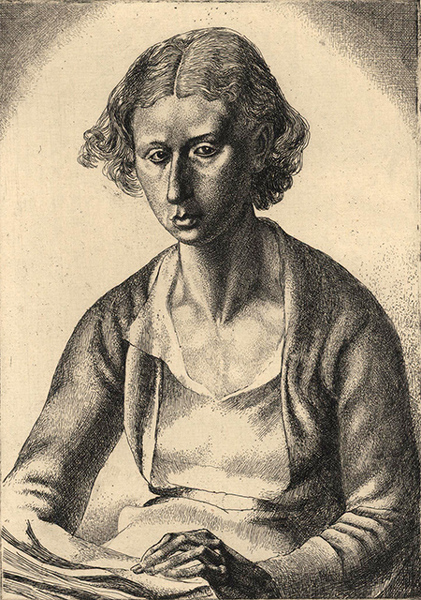 Painter, illustrator and etcher, born in New Malden, Surrey. She attended Richmond School of Art, 1932-35 where she studied under Stanley Badmin and the Central School of Arts & Crafts from 1937-39, where her main teacher was John Farleigh. Ginger was elected a member of the Senefelder Club in 1939 and joined the important AIA group of artists. Her ambition was to become a full-time illustrator, but during the war years she was retained by the Pilgrim Trust and her resulting work can be seen in the Recording Britain series.

Ginger exhibited at the Royal Watercolour Society, of which she became a member in 1958, the Royal Academy, New English Art Club. Phyllis Ginger designed and illustrated numerous book-jackets and books during the 1950’s and in the years immediately following World War II her work was reproduced in the Pictures for Schools series. Examples of her work are in the permanent collections of Washington State Library, Victoria & Albert Museum, the South London Art Gallery, Victoria Art Gallery, Bath, GAC, BM, BC and Museum of London. She was married to the silversmith Leslie Durbin who predeceased her by only a few weeks.
Bibliography:
The Virgin of Aldermanbury: Rebirth of the City of London, illustrated by Phyllis Ginger. Published by J. M. Dent & Sons, London, 1958.
Alexander, the Circus Pony, written and illustrated by Phyllis Ginger. Published by Penguin Books: Harmondsworth & New York, 1943.
The Mushroom Pony by Joan Lamburn, illustrated by Phyllis Ginger. Published by Noel Carrington, London, 1947.
With thanks to artbiogs.co.uk

Phyllis Ginger
Self portrait, circa 1937 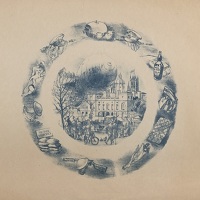