Painter nee Rosalie Clarke she married in 1925 Reginald Brill. Rosalie served as her husband’s chief model throughout the early years of their marriage. In 1927-1929, together with him, she spent two years at the British School at Rome. In 1939 she was living Kingston-upon-Thames, Surrey with her husband who was then the Headmaster of Kingston School of Art. In 1962 she and her husband took over as wardens at The Little Hall, Market Square, Lavenham, Suffolk which was a hostel for artists from Kingston School of Art where her husband had been principal. She displayed a particular propensity for flower subjects and exhibited occasionally at the Royal Academy later in her career. She died at Lavenham in 1992. 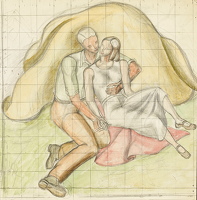 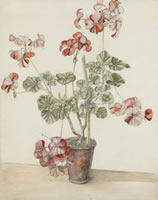