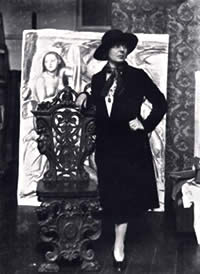 See all works by Laura Knight >