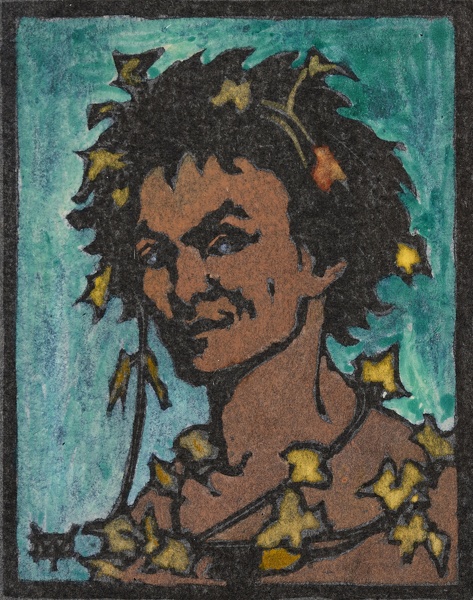 Hover over the painting to magnify (there may be an initial delay while the magnified image is loaded)
£1,300
Free shipping
Enquire
Add to cart 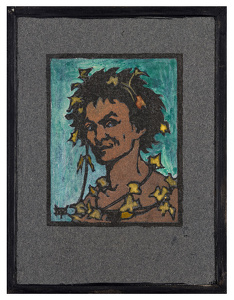 This hand-coloured woodcut of Bacchus was conceived at the same time as Marion Wallace-Dunlop’s roaring and grinning Devils in Divers Shapes emerged from an imagination that conceived daring and innovative protests for the women’s suffrage movement, including the first hungerstrike campaign. In July of 1909, Wallace-Dunlop staged a hunger strike and followed up with newspaper interviews. Previously, she led other protests, including women’s deputations to Parliament and stamping messages in violet ink on the walls of Westminster (she is memorialised in the stained glass in St. Stephen’s Porch), and, later, massive street processions – each conceived to capture headlines and stir emotions. 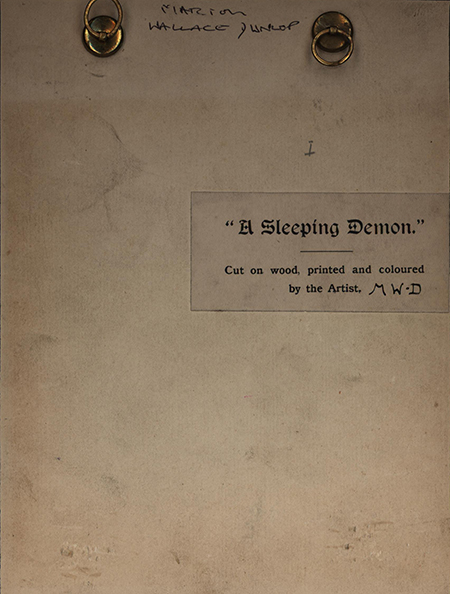 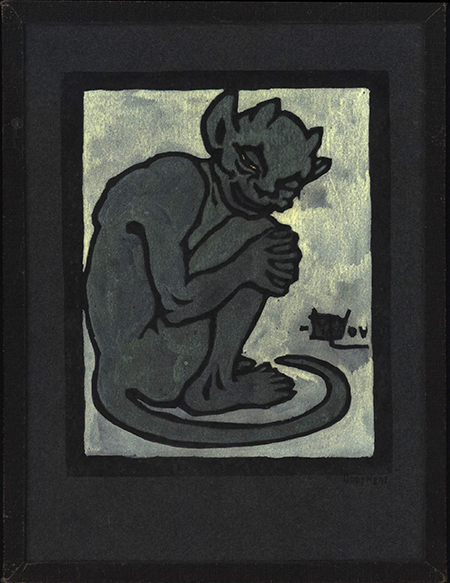 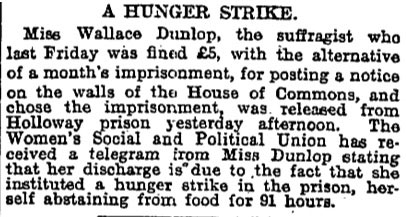