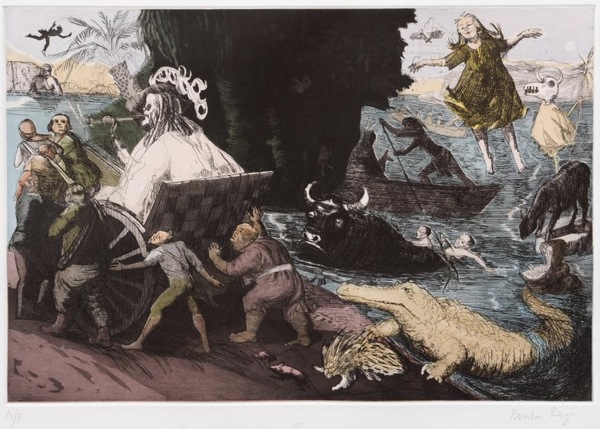 Etching and aquatint with hand colouring

See all works by Paula Rego

Throughout her career Paula Rego has been fascinated by stories that define cultures and has used fairy tales to create a unique vision of a world of myth fused with mortality.

Since the 1960s and her association with the legendary faction of artists known as The London Group (which included Frank Auerbach and David Hockney), Rego has shown an openness to the power of the subconscious to dictate the terms of her image making. Early flirtations with Surrealism and a period spent experimenting with automatic drawing paved the way for a more mature fascination with those stories, both visual and literary, that have etched themselves deeply into the fabric of cultural imagination, from Jane Eyre to Lewis Carroll, Hogarth to Goya, and, more recently, Blake Morrison to Martin McDonagh.

IN 1992 The Channel Tunnel opened, linking London and Paris by rail

The Turner Prize was won by Grenville Davey