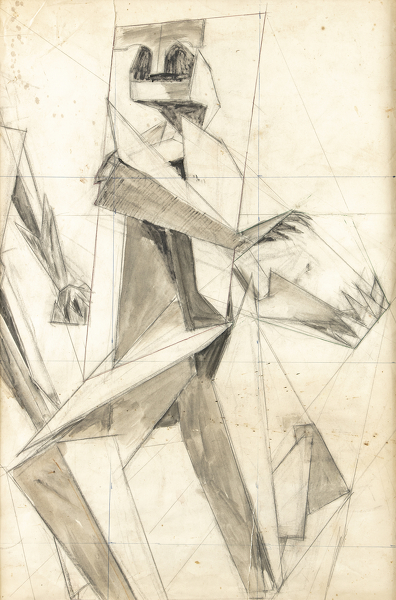 As Rachel Reckitt’s style evolved, her interest in three-dimensional form became evident. The figures in her paintings and drawings were composed of planes resembling cubes and cones, almost as if they were studies for the works she was later to realise in sculpture. From the 1960s onwards, Reckitt all but abandoned painting and engraving to concentrate on boxed constructions, collages in mixed-media set within wooden frames. Deeply inspired by the teachings of Harry Horrobin, a former armourer, whose courses on metalwork she attended, Reckitt constructed collages using soft metal and painted corrugated cardboard. Towers and Helmets, on which corrugated cardboard, string and sheet copper is applied to an aluminium base, is typical of her highly creative three-dimension compositions in which a motif is repeated across a linear plane. Although in the 1930s she had made a number of mixed- media signs for pubs in Exmoor, their utilitarian function was far removed from the spiritual aspirations of these later works. 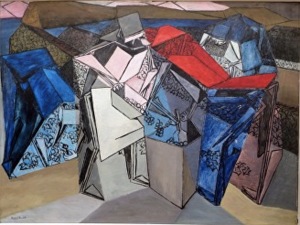