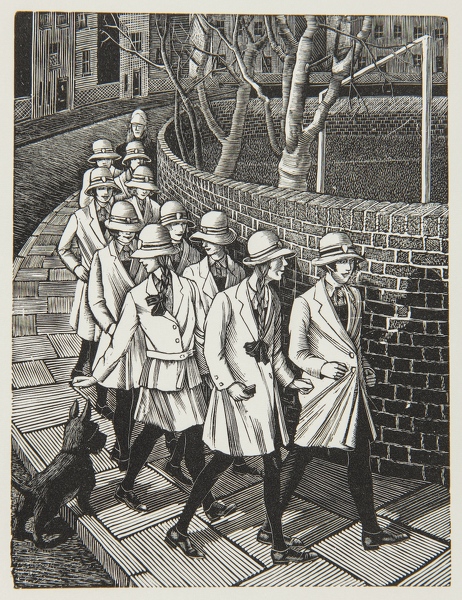 Proof from an edition by Merivale Press produced in 1989, from the original woodblock.