The setting for Out in the Hall is the artist's Hampstead Home No.2  Well Walk,  which was filled with a lifetime of collecting eccentric objects. The picture on the stairs shows is a self portrait. 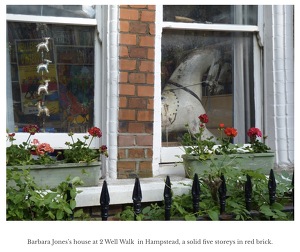 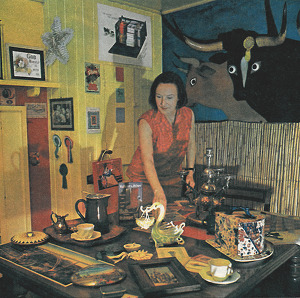