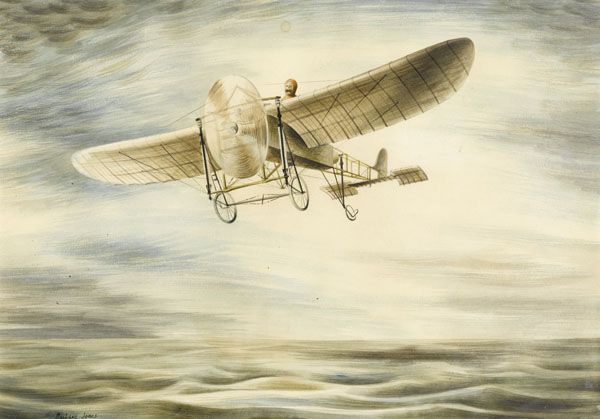 This watercolour was produced for the series of A Half Century of Progress, commissioned by the Financial Times in 1950.  Jones reputation as a watercolourist was  already secure, having been one of the most admired - and certainly most prolific of the contributors to the Recording Britain project.  A letter from Kenneth Clark to Barbara announcing the end of Recording Britain (17th Sept. 1943) praises her role: I can sincerely say that you are one of the people who has most contributed to its success, not only by painting well, but by choosing such interesting subjects, and the sad part (from our point of view) is that each batch of drawings you sent in was better than the last.  I meant to write and tell you how much I admired the Euston Pylon..." (quoted in Barbara Jones, Ruth Artmonksy, p 37).