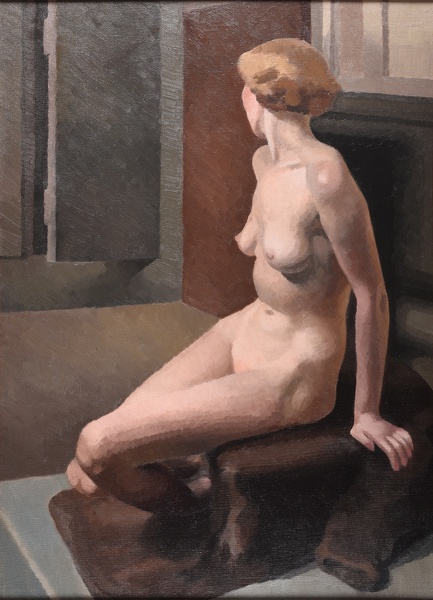 This study is likely to date to Willetts period  as an art student in the late 1930's early 1940s.

Although by the interwar period it had become common for women attending art school to paint in the life class, some observers were still unenthusiastic. The idea that there was as 'something dangerously near to vulgarity' – as The Times critics had described Laura Knights' iconic Self-portrait (1913) – still lingered on.