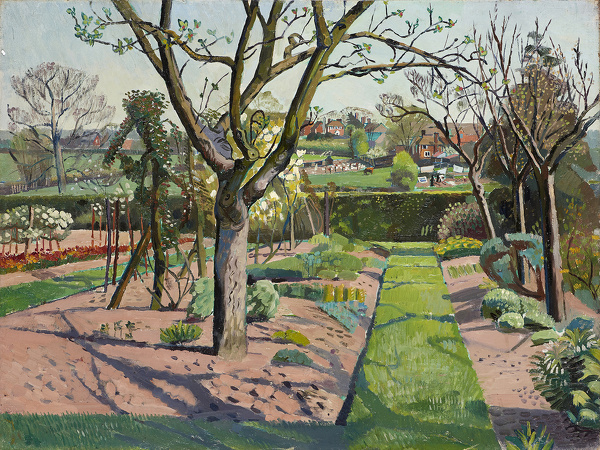 Provenance: With the artist until 1961; given by Roger Folley to Inez Challis.

A Sussex Garden was painted in (probably) 1939 while Evelyn was staying, as she often did, with her aunt Clara Cowling at Hurst Green, near Tunbridge Wells. This painting stayed in her studio until 1960/61, when Roger gave it to his second wife Carol's aunt, Inez Challis.