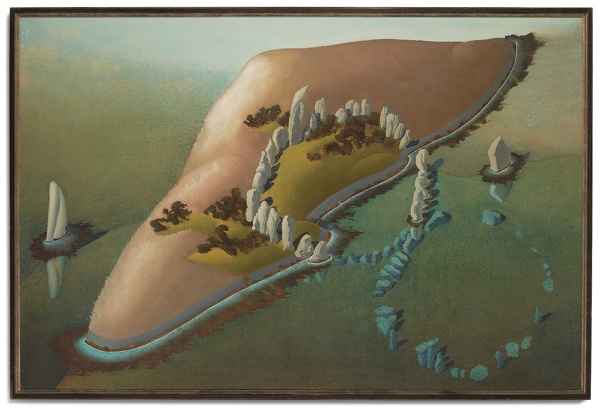 An aerial view of two adjoining  stone circles with out-lying monoliths, standing on a small island. One stone circle lies half in and half out of the water, whilst the other stands fully in the water. The painting was inspired by the stone circles on the islet of Er-Lannic. When built, the monuments stood on a little hillside, but are now half-hidden by the waters of the Gulf of Morbihan, Brittany. Archaeologists agree that this is due to a rise in sea level that has occurred since prehistoric times. Colquhoun offers an alternative suggestion: ‘perhaps the daily immersion of this temple, dedicated to the powers of both sea and earth was intended by its builders.’ (Cornish Banner, June 1978).The title is a reference to the Prelude for piano by Claude Debussy. The piece is a musical depiction of a legendary cathedral, submerged and in ruins beneath the water, which mysteriously rises from the waves and into the sparkling light of day, then sinks again into the depths.Rocky Island (1969) is the reworked counterpart to part of this painting. 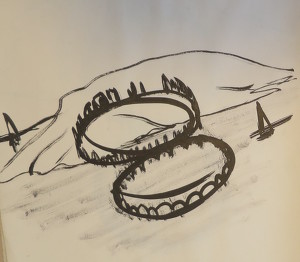 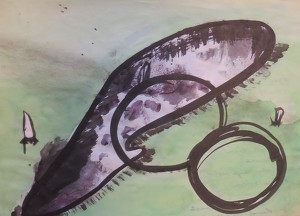 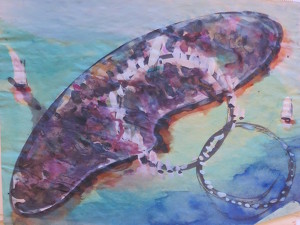 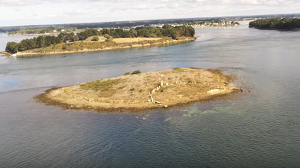