Daisy Borne was born in London but travelled extensively with her family during her childhood, and was educated in America before returning to London to study sculpture at Regent Street Polytechnic School of Art.

She also studied singing and – somewhat unconventionally for women at the time – was a keen sportswoman and notable member of one of the Thames rowing clubs.

She worked closely with Joyce Bidder throughout her career. After meeting in 1933, the two shared a studio in southwest London for many years, and exhibited together at the FAS in 1987. Borne also showed at the RA (1932–61), the SWA (1933–71), the RSBS – to which she was elected associate, and the RSMPSG – of which she served as vice president. 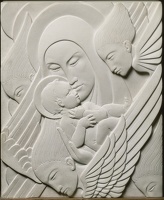 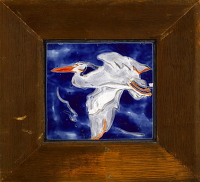