Elisabeth Vellacott's first show was shared with Gertrude Hermes at the Minories, Colchester, in1968. A retrospective covering her paintings and drawings, 1942-81, was held at Kettle’s Yard, Cambridge, 1981, with a ninetieth birthday show there 1995, drawing retrospective at Piers Feetham Gallery, 2000, and a memorial at the Redfern Gallery in 2003. Also showed at New Art Centre. Arts Council holds her work, typical of which was The Expulsion (after Masaccio), exhibited at 1993-4 John Moores Liverpool Exhibition, a figure painting, delicately coloured. 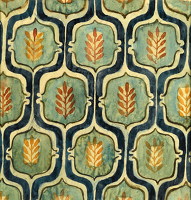