She met Wyndham Lewis (1882–1957) in 1913 and became a member of his Rebel Art Centre, signing the Vorticist manifesto published in the first issue of Blast in 1914. As one of only two female members of the Vorticist Group, Dismorr brought a distinctive feminism to an arena otherwise characterised by its male participants and the masculinity of its art.

In 1925, she held her first solo exhibition at the Mayor Gallery and was elected to the LG and the 7&5 Society in 1926. She was also one of only seven British women to be included in Die Olympiade onder Dictatuur in Amsterdam in 1936, and showed with the AIA in 1937. 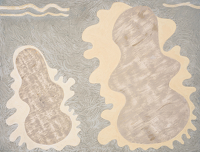