Joyce Bidder trained at the Wimbledon School of Art, where she received significant approval from her tutor, Stanley Nicholson Babb (1873–1957).

In 1933 she met Daisy Borne, and they shared a studio in Wimbledon for many years, exhibiting together numerously, notably at the FAS exhibition Sculpture in Britain Between the Wars in 1986 and with a two-women London show at the FAS in 1987. Bidder showed extensively throughout her career, including twelve times at the RA Summer Exhibitions between 1933 and 1957, as well as with the SWA and the RSMPSG. She was also a fellow of the RSBS from 1952–75.

She suffered from glaucoma and was unable to work during the last five years of her life. 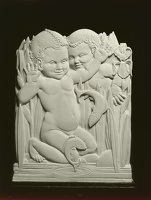 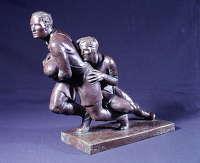