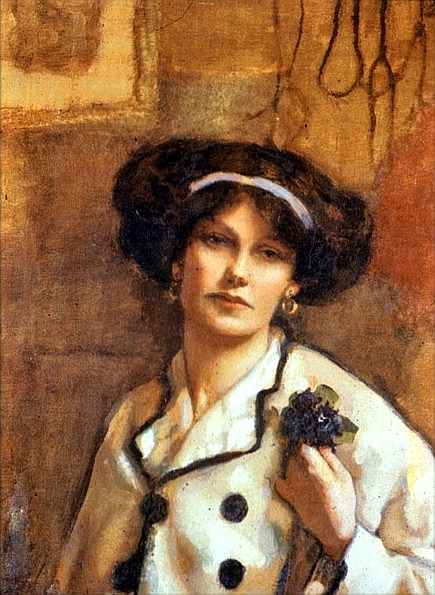 Norah Neilson Gray attended the Glasgow School of Art (1901– 06) under Fra Newbery (1855–1946), who sought to promote women’s inclusion in art and academia. Indeed, Gray became a member of the Glasgow Girls whilst studying and returned to teach at the school soon after leaving.

By 1910 she had her own studio and held her first solo show at the Warneuke’s Gallery, Glasgow. She also exhibited at the RSA, Glasgow Society of Lady Artists and the Paris Salon, and illustrated an edition of Intimations of Immortality from Recollections of Early Childhood by William Wordsworth (1913).

After volunteering as a nurse during WWI, she was commissioned to paint the Scottish Women’s Hospital at Royaumont Abbey. In 1921, she became the first woman to be appointed to the Hanging Committee of the RGI and was also awarded a bronze medal by the Société des Artistes Français for her painting The Refugee.