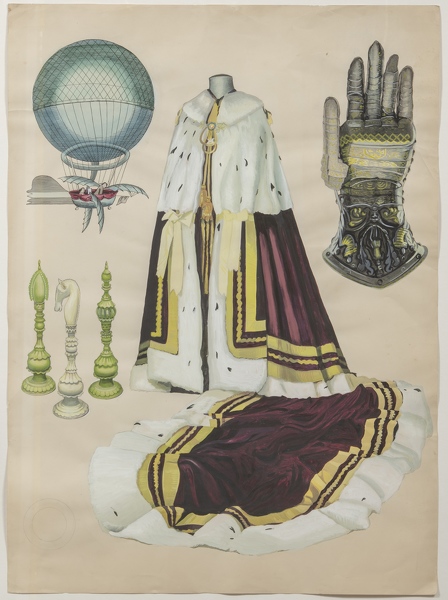 Museum I is an exceptional work in Edith Rimmington’s artistic production, in the sense that she never made works exceeding a 50 x 70 cm format. This work was made following an exhibition of regalia that Rimmington saw in London, which gave her the idea of a counter-celebration of kingship, with subtle, ironic undertones.

The King is represented with a gauntlet – the symbol of power and a challenge of combat (to throw down the gauntlet). Yet the King is also shown as a chess piece (alongside the bishop and knight), and reduced to a part in a game beyond his control. Lastly, the anachronistic airship may symbolise man’s eternal (but doomed) desire to fly high.