Painter, and lifelong friend and companion of the painter Patricia Preece, whom she met at the Slade School of Art. While studying there she first showed at the RA and in 1918-19 graduated with first-class honours. With Preece she set up a studio in London, then spent four years with her in Paris, where Hepworth studied at Atelier Colarossi. After returning to England in 1925 they rented cottages in the west of England. By 1927 they had settled in Cookham, Berkshire, where she lived with Preece, even during Preece's bizarre marriage to the painter Stanley Spencer. Much of Patricia Preece's output is known to be by Hepworth. A studio sale was held at Christie's in 1984. Michael Dickens is currently preparing a biography of the artist. 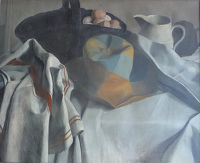 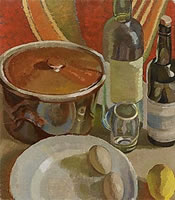